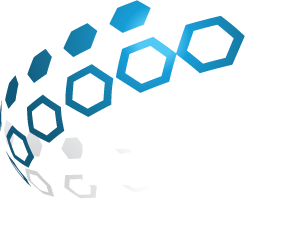 What is VoIP, and how does it work?

VoIP stands for Voice over Internet Protocol. It refers to making phone calls that are made through the Internet, rather than through a regular landline or a mobile network.

Business VoIP Phones, How do they work?

The average VoIP phone isn't that much different from the analog phone you currently have at your desk. VoIP phones look the same, and often have the same features, as the landline desk phones you're probably familiar with. There are, however, some key differences that distinguish VoIP phones from other desk phones. This blog will give you a quick overview of how a VoIP phone works and how to use one.

Compared to traditional phone service (and in many cases wireless service), VoIP is far less expensive. The simplest explanation why is because of how the technology works. Since your voice signal is traveling over the Internet and not the traditional phone system, your VoIP provider saves a lot of money in “carriage fees,” which are basically fees to deliver your call over phone lines.

With VoIP, all you need is an Internet connection. Most VoIP phone setups are self-install, and you’ll be up and running in a matter of minutes. If you move, you can take your VoIP system with you and reconnect it easily, and you don’t have to change your phone number if you don’t want to.

Traditional telephone companies are well entrenched, so VoIP services have turned to functionality as a way to differentiate themselves and get you to subscribe. This is what makes VoIP service so feature-rich. Just the residential phone service from many VoIP companies provides you with features like conferencing, call waiting, caller ID and call forwarding at no extra charge. With traditional phone service, you’ll often find yourself paying for these as an added service.

You don’t need all-new phone equipment to make switching to VoIP easier. Providers like Ooma have devices that will convert the signals from your old telephone and fax machine to digital packets that can travel over the Internet. While we’d recommend you look into VoIP phones eventually, it’s not necessary to start out.

If your VoIP system doesn’t have sufficient bandwidth, you might find your call quality significantly reduced, or it may have trouble maintaining a connection or connecting to your VoIP provider’s servers. You may need to check your network speed during times of high use if you plan to use a VoIP service.

Emergency calling can be a problem for some VoIP users. The 911 system was built with the traditional telephone system in mind, and because a phone line is fixed to a certain location, the system will alert first responders to your location when you call (you don’t even need to tell them). While portability is definitely a plus with VoIP, calling 911 from a VoIP line will only transmit whatever address you provided at setup for 911 services.

VoIP phone systems require a continuous power supply in order to remain operational. That means if power is cut and you have no backup power, your phones will not work. This is different from the traditional telephone system, where power is only needed at the interchange office where calls are routed.

While most people will not have an issue with voice or call quality on VoIP, some may experience issues from time to time. The most common problems are reduced voice quality and/or what seems like a delay during the call (i.e. the person seems slightly delayed in responding). This has to do with both bandwidth and something called “latency.”

Get answers to our most frequent questions about VoIP Phones Systems

How do VoIP Phones Work?
VoIP typically takes an analog call, digitizes it and then sends the call out over the Internet. The digital packets are reconverted to analog to complete calls to traditional phone customers. VoIP calls can take place from computer to computer. VoIP voice call quality can be much better than your traditional phone.
How is a VoIP Call Is Placed?
There are three common ways a VoIP call is initiated. ATA: Short for analog telephone adaptor, an ATA is one of the most common ways to connect to a VoIP network. Here, a traditional telephone is connected to a device. What the ATA does is take the analog voice signal created by your telephone and convert it into digital packets that are sent over the Internet, much like an email or software download. IP (or VoIP) Phones: You can think of an IP phone as a phone with the technology to digitize your voice built right into the device itself. No conversion is needed because the process is done right away, and these either connect to the VoIP service directly through your router or through a Wi-Fi connection. The IP phone doesn’t need to be a traditional phone; there are software-based systems that place calls, like ones you’ll find in computer and portable device applications. Computer to Computer: The final type of VoIP call requires no traditional phone service to place the call. Skype is a good example. The call is placed through software, and the data packets are transmitted to the person you’re calling directly through the VoIP service’s servers.
How is a VoIP Call Is Routed?
To understand how VoIP works, we first need to understand how traditional phone calls work. With a traditional phone call, when you pick up the receiver, you’ll hear that familiar dial tone. In technical terms, that dialtone is an auditory confirmation that you have opened up an electric circuit to the telephone exchange, which is the central location where calls are routed. When you dial the number, the exchange opens up an electric circuit to the receiving phone, which makes it ring. When the person you’re calling picks up the phone, the circuit is opened and voice is transmitted across this open circuit. VoIP calls work differently. The Internet serves as your exchange, and picking up your receiver will only start the process of sending data packets to the VoIP server. You still hear a dial tone, but this is now a confirmation that you have a connection to the VoIP server. This VoIP server then tries to locate the person you’re trying to call. If it is another VoIP number, the VoIP server may direct the call completely over the Internet. If it finds it’s a traditional number, it will take the necessary steps to create that electric circuit like two traditional phones to successfully route the call. A cloud VoIP phone system also routes calls through the internet, but does not require telephone lines to operate.
Will I Know the Difference between a traditional phone and VoIP?
There’s a good chance that you won’t know the difference when using VoIP if the person you’re calling is either a traditional phone or VoIP phone customer.
What is a virtual number?
A virtual number is a telephone number that isn’t directly associated with a person or business. Virtual phone numbers can also be used to track response rates from specific marketing campaigns. For example, this is great for long-distance callers because they can dial a local virtual number to them and still reach your team.
How many calls can I make at a time?
Almost all providers allow for unlimited calls. How many is that? It’s up to your devices and your users. A typical VoIP phone supports three simultaneous calls, but that can vary based on the equipment. In contrast, a traditional phone system would require you to roll over lines to manage multiple concurrent calls. Handling numerous calls at once is one of the strengths of VoIP phone service. Callers will never get a busy signal, even if you only have one phone and one phone number. You can transfer any number you use, including: • Landline numbers • Wireless/cell phone numbers • Virtual numbers (Google Voice, TextNow, etc.) • VoIP phone numbers • Toll-free numbers BHL can help facilitate everything related to moving your phone numbers over. All you need to do is submit a letter of authorization online. Our porting team will advise you of the port-in date. From there, you can begin receiving calls through a cloud phone system instantly. Transferring business phone numbers will take approximately 2–4 weeks, depending on the previous carrier. In the meantime, you can use temporary numbers.